The most unique buildings of Amsterdam

During a tour along the most unique buildings of Amsterdam, you’ll discover the beautiful architecture our capital has to offer. Throughout the whole city you’ll see a wide diversity of buildings in different districts. We’ll take you on a walking tour from one of the last two wooden houses to the narrowest house in the world, you can find it all in Amsterdam! Are you more interested in large and impressive buildings? You can find a cycle route below which brings you to different styles of architecture in Amsterdam. Along this route you’ll see different architectural styles from Art Deco to the Amsterdam School, but also modern architecture!

Most unique buildings in Amsterdam

The oldest and wooden house has a suitable Dutch name called “Het Houten Huys”, which literally translates to wooden house. It’s built around 1530 and it’s located at the Begijnhof. Since 1669 is prohibited to use wood in the construction of houses and other buildings. Another remarkable change for Amsterdam living were the tax regulations based on the facade width. Because of these regulations Amsterdam owns the narrowest house in the world. The facade is just a little wider than its front door. The initial owner, however, outsmarted the government. His ‘front door’ lead to a wide and unofficial front of the house, as it was his back door. Speaking of records, Amsterdam holds the record of the smallest house in Europe. It’s only 2,02m wide and 6m deep!

Are you familiar with the ‘Zevenlandenhuizen’? You can translate it as the ‘Seven Nations houses’. These houses can be found near the Vondel park and they are designed by architect Tjeerd Kuipers. He was inspired by seven different architectural styles from seven countries and developed the constructions next to each other.

We have mapped out a beautiful walking route. You can load the walking route via the link. This route allows you to see a lot mentioned above Amsterdam streets, canals and architecture. It will take you around 1,5 hour for this sightseeing tour.

A wonderful cycling route along the architectural highlights of Amsterdam Are you more fond of large impressive buildings and do you fancy a bike ride. We’ll take you on a tour all around Amsterdam. You’ll encounter modern architecture at the Eye Filmmuseum, which is all about cinematography. Ride along the unique art deco style at Tuschinski Theater. We can’t forget the style of Amsterdam School visible in the design of Museum ‘Het Schip’. This is a style dating from 1910 – 1940, which is known for the variations in rhythm and volume.

The oldest building in Amsterdam is the Oude Kerk. To the surprise of many tourists this church is located in the middle of the Red Light District. A piece of architecture that has survived multiple city fires during the 13th century.

Below you will find the unique Amsterdam buildings that we take you to. Feel free to add locations that you would like to see on your cycling route.

A small part of Amsterdam history

The city of Amsterdam once originated from a fishing village called Amsteldam, where the first houses were built on the banks of the Amstel river. Free trade over the Dutch waters for the people of Amsteldam was allowed from 1275. This immensely intensified the trade of herring and beer.  Since the 13th century, the city has continuously grown in trade, art and architectural development. It has become the metropolis you know today.

City tours during a city trip in Amsterdam

You can reach these locations from the very centrally located Inntel Hotels Amsterdam Centre. Book a Wellness room. This room has a private sauna and round whirlpool, so you can completely relax after your walk or cycling route. Take a look at our website for more information!

Stay at a unique, industrial location

Inntel Hotels Amsterdam Landmark is located on the VOC-kade in the Eastern Harbour district. A modern, luxury hotel with 306 rooms spread over 16 floors. The building is definitely an eye-catcher, with a theme inspired by the area’s rich industrial past. From the rooms, you have great views over the water, train tracks and Amsterdam’s skyline. 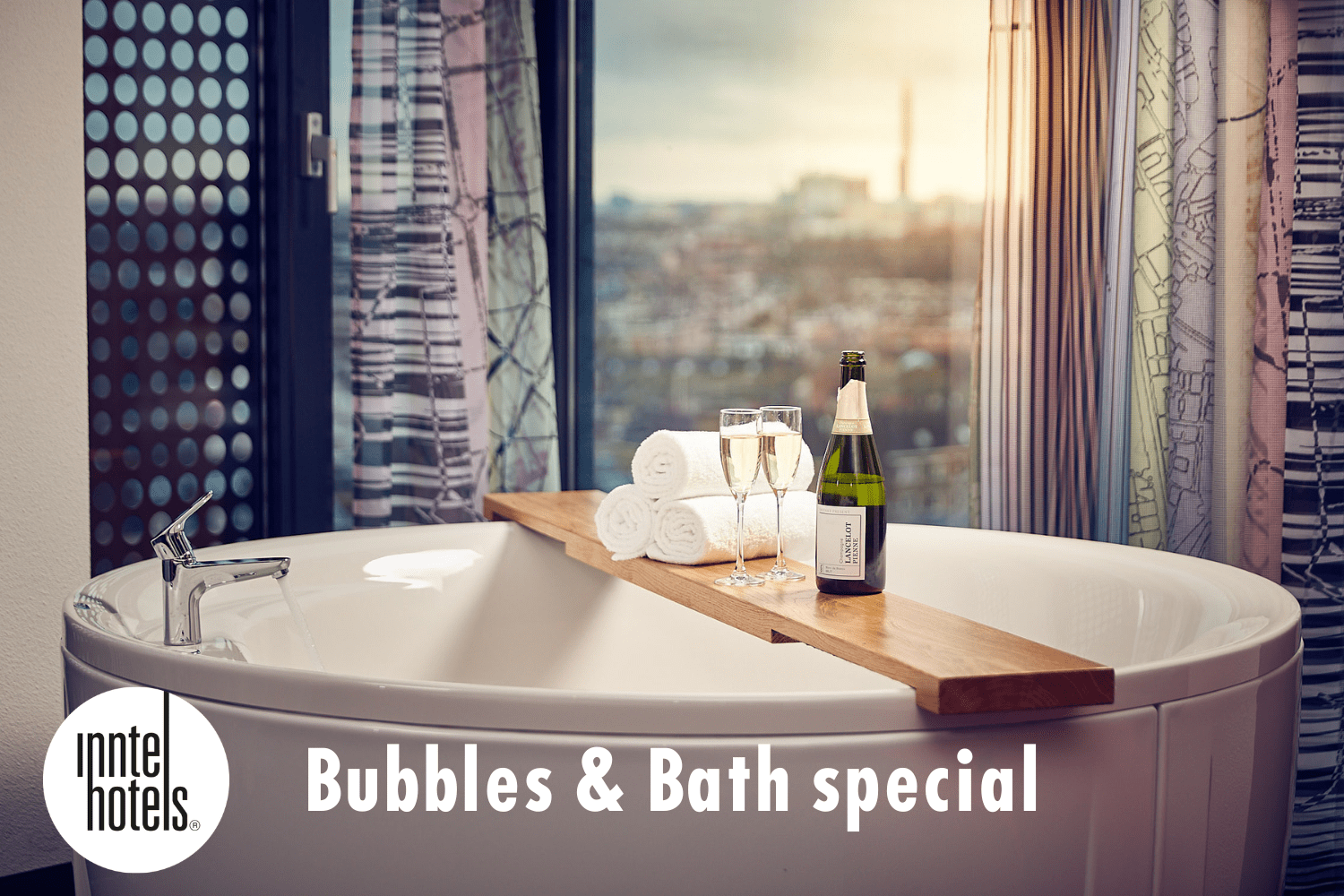